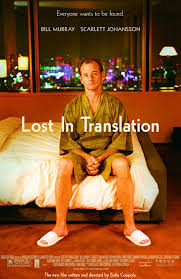 Lost in translation: when scientists are misquoted strange things happen

I have just realized that my name appears in the front page of NewsRx – Cancer weekly, the title is quite suggestive: “Studies from S. Barrento and colleagues reveal new findings on cancer”. I would like to clarify that I am not doing research about cancer (the flagellating disease of our century). I am actually a marine biologist doing research in the nutritional quality and physiology of a crab, in this case, the European edible crab which happens to have a suggestive scientific name – Cancer pagurus.

Scientific names are usually spelled in Latin words, so everyone independently of their mother tongue can understand each other. The origin of the word cancer is credited to the Greek physician Hippocrates (460-370 B.C.), considered the “Father of Medicine.” Hippocrates used the terms carcinos and carcinoma to describe non-ulcer forming and ulcer-forming tumors. In Greek these words refer to a crab, most likely applied to the disease because the finger-like spreading projections from a cancer called to mind the shape of a crab. The Roman physician, Celsus (28-50 B.C.), later translated the Greek term into cancer, the Latin word for crab. In my study, when I mention the words Cancer pagurus I mean the crab.

I am most flattered to be on your free newsletter, but I believe it is important to elucidate this misunderstanding. Considering that this study is about the benefits and potential risks of eating crabs I think that such a quotation would be more appropriate in Health and Medicine. A more elucidating title could be: Studies from S. Barrento and colleges reveal the benefits and risks of eating crab.

Besides doing research in the nutritional quality of crustaceans namely the American lobster, I am most interested in science communication. I have done an introductory course to journalism and scientific communication. I understand the importance of communicating science in a comprehensive and accurate way and I am available to cooperate with your newspaper.

No one replied to my letter…and by the way the picture I chose for this post has nothing to do with cancer, the disease or the crab. It is just because I feel I am lost in translation, and also because I really liked this film!

2 thoughts on “When cancer is not cancer”